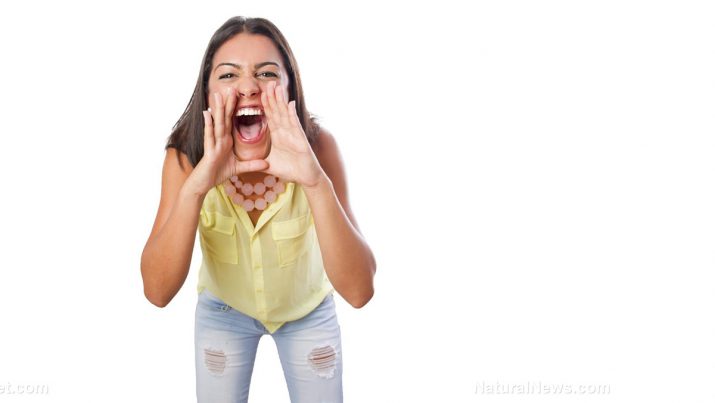 Recently, a man by the name of Mark Waid took over the Captain America comic books for Marvel. Suffice it to say, he’s not exactly a constitutional conservative; as a matter of fact, he’s an aggressive, confrontational leftist. Waid has found himself in hot water lately after calling out a popular YouTuber who is known for his criticism of left-wing propaganda in modern day comic books.

On his Facebook page, Waid wrote, “For anyone attending this weekend’s (excellent) Baltimore Comic Con, I have an important request. There is a serial YouTube harasser named Richard C Meyer who I’m told may be attending as a fan. If anyone sees this gentleman or any of his friends, I need you to come find me and tell me immediately. Even if I’m on a panel, come find me and interrupt.”

Interrupt a panel discussion just to inform him that a YouTube critic is somewhere in the building? You would think that Richard Meyer was some kind of domestic terrorist or a member of Antifa! How pathetic.

Actually, Richard Meyer is just a normal guy who is passionate about comic books. His videos on YouTube do not include any crude language, nor does he fire out insults left and right like the liberals within the mainstream media routinely do. The fact that Mark Waid would tell his followers to watch out for Meyer as if he’s some kind of dangerous criminal is disgusting and entirely unacceptable.

As if this wasn’t bad enough, a secret Facebook page was also created where writers plotted to harass Meyer with the intent of inciting violence.

After a brief online discussion about how worried they were that Meyer and his followers might commit an act of violence, ironically, a couple of leftists jumped into the conversation and explained how they wish they could start a physical fight with the YouTube comic book reviewer. “The last thing Meyer is going to do is get violent at a con. But I’d love to follow him around trying to goad him into throwing a punch,” wrote one Facebook user. Another by the name of Taylor Esposito replied, “I’d love to yell ‘one punch’ after you level him.”

As reported by PJ Media, Taylor Esposito is a letterer for DC Comics. Another Facebook user who was engaged in this conversation about Richard Meyer was Kelly Thompson, an employee at Marvel and a contributor for IDW comics. Whether or not there will be any action taken against those who were advocating violence against Richard Meyer is anyone’s guess, though sadly, it’s very unlikely.

Those who don’t understand the progressive left would look at the words of Mark Waid and Taylor Esposito and jump to the conclusion that Richard Meyer really is a radical nutjob who is out to harass innocent comic book fans. But if you do understand the left, then you know that they routinely look for ways to shut down speech that doesn’t align with their radical ideology. That is exactly what is going on when it comes to Richard Meyer – they don’t like the things that he says about liberalism in his YouTube videos, and so they now want to shut him down. (Related: The time has come to end the war on free speech.)

This pattern of political censorship is seen all the time on the left. As recently as last week, for example, left-wing students at the College of William and Mary shut down a speech that was going to be delivered by the American Civil Liberties Union because they didn’t like the topic of discussion, which ironically, was going to be on free speech. (Related: Silicon Valley is tightening its grip on the freedom of speech.)

If the liberals want to maintain what little credibility they have left, then they need to start allowing people with different viewpoints to speak instead of automatically rushing to silence them and shut them down.